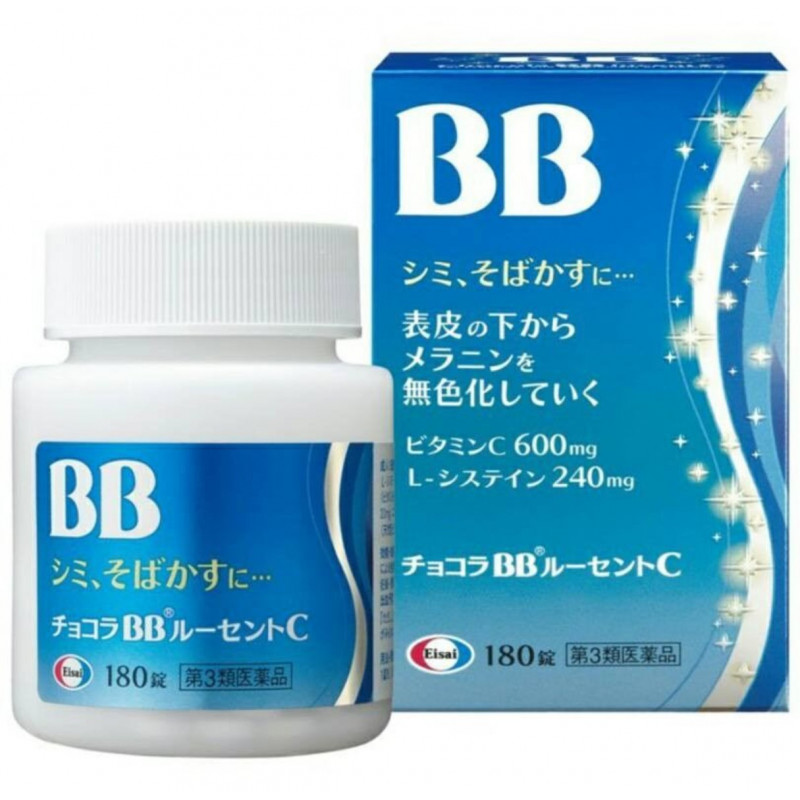 Chocola BB Lucent C is blended with vitamin C600mg and 240 mg of l-cysteine, and from under the skin's melanin colorless of will. In vitamins B2 and B6 formula, normalize the skin metabolism (turnover), and reduce age spots, freckles, won back his original skin.

Easing of symptoms following: spots, freckles and sunburn and rash by pigment deposition

If vitamin C supplementation: physical fatigue during the pregnancy and physical degradation of lactation, while sick, elderly stage

Prevention in the following cases: bleeding from the gums, nose bleeds ", however, if the symptoms above 1 and 3 for a month or so are not seen improvements is to consult a doctor, pharmacist or dentist.

You must be logged in to manage your wishlist.